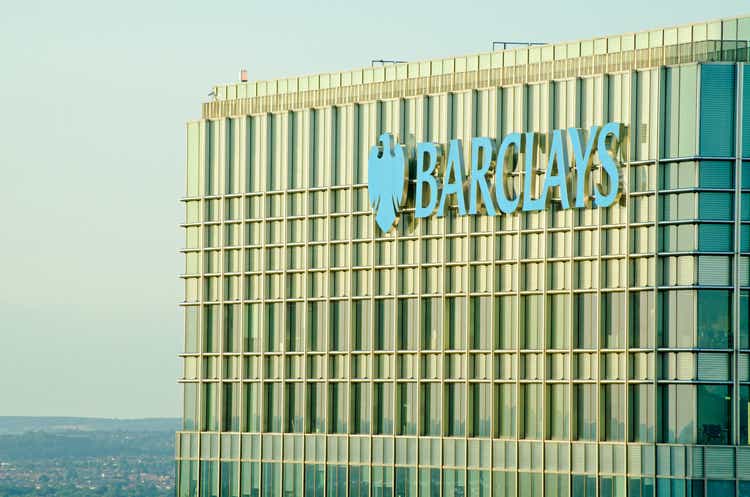 Barclays stock: at less than half of its tangible book value (NYSE: BCS)

Shares in Barclays (New York Stock Exchange: BCS) fell to less than half of their tangible book value, after the lender admitted selling an additional $15.2 billion worth of structured notes and exchange-traded notes than what is permitted by the rules agreed with the Securities and Exchange Commission.

As a result, the bank had to halt the sale of new retail structured products in the United States, including not being able to issue new shares in many of its iPath series exchange-traded notes, such as the ‘iPath Series B S&P 500 VIX Short -Term Futures ETN (VXX) and iPath Pure Beta Crude Oil ETN (OIL) – two of its most popular ETNs.

And to bring it back to its regulatory limit, Barclays is required to redeem the securities concerned at their original price, in what is known as a termination offer, at an expected net cost of £450m (~$590m) to itself.

The longer term cost to the bank is likely to be much higher, as indirect costs must also be considered. We must consider not only the impact of increased regulatory scrutiny on the bank, but also the lost business opportunities and reputational damage caused by its latest scandal.

The risk of a lengthy regulatory investigation, including the possibility of regulatory fines and enforcement action, also does not bode well for investor sentiment. Regulators could take a fresh look at the bank’s internal controls, and an investigation could cover a broader set of topics, including whether there had been sufficient oversight of all regulatory compliance risks and whether the culture of management was to blame.

This latest compliance lapse was significant enough to force management to delay the company’s planned £1 billion (~$1.30 billion) share buyback program. The takeaway for shareholders is to emphasize that regulatory risks are not behind us, reminding investors of the volatility and potential for unforeseen risks inherent in the bank’s operations.

Barclays stock is now trading at a steep discount to its peers, with a tangible price-to-book ratio of 0.49x and a forward P/E of 5.4. Of course, though, these valuation metrics don’t yet factor in the projected cost of this latest compliance breach or any analyst revisions to earnings estimates.

Yet, as things stand, it would still be possible for Barclays to achieve its medium-term return on tangible equity target of more than 10%. After all, the net cost of repurchasing the affected securities at their original price would remove less than one percentage point from its 2022 RoTE and reduce its tangible book value by less than 1%.

Against this backdrop, rising interest rates are likely to more than offset the impact of the loss, as Barclays’ balance sheet is well positioned to benefit from higher interest rates. A parallel upward shift of 25 basis points in the yield curve is expected to add around £275m (~$360m) to net interest income in the first year, with profit rising to £525m. pounds sterling (~$680 million) after three years.

About two-thirds of the NII’s profit from the illustrative 25 basis point change will be attributable to its UK retail banking, with the remainder coming from its consumer finance and investment banking business.

In its favour, Barclays is also well diversified and derives a much larger proportion of its revenue from fees and commissions than its peers – 63% in 2021. It has a lucrative credit card and payments business and the group is the sixth largest investment bank. , as measured by global royalty income in 2021.

There are also risks ahead. Macroeconomic expectations have been lowered in recent months, raising concerns about the financial health of businesses and consumers going forward. Inflationary pressures, particularly in the UK in relation to energy costs, could start to dampen loan growth and asset quality expectations.

The risk of a recession sooner rather than later cannot be ruled out, at a time when Barclays’ investment bank needs the current trading and trading frenzy to persist. Its investment bank recorded a return on tangible equity of 14.9% in 2021 – the first time it has achieved a RoTE of more than 10% since the financial crisis of 2008. There is not so For a long time, the unit had weighed on the group’s overall performance – its average 5-year RoTE was just 7.0% between 2015 and 2019.

With a cost/income ratio still high, at 66%, the risk of a slowdown in activity is real. Indeed, it wouldn’t take much of a revenue cut to lower its profitability below the double-digit level that investors expect to see.

Barclays’ high earnings risk profile means investors are demanding a valuation discount to its rivals. This discount has widened considerably over the past two weeks, but I see little reason for the gap to close any time soon. The bank must prove that it can sustainably generate a decent return year after year, and there is no shortcut for that.

AGNC: decline in book value in 2022 equivalent to 2.5 years of dividends