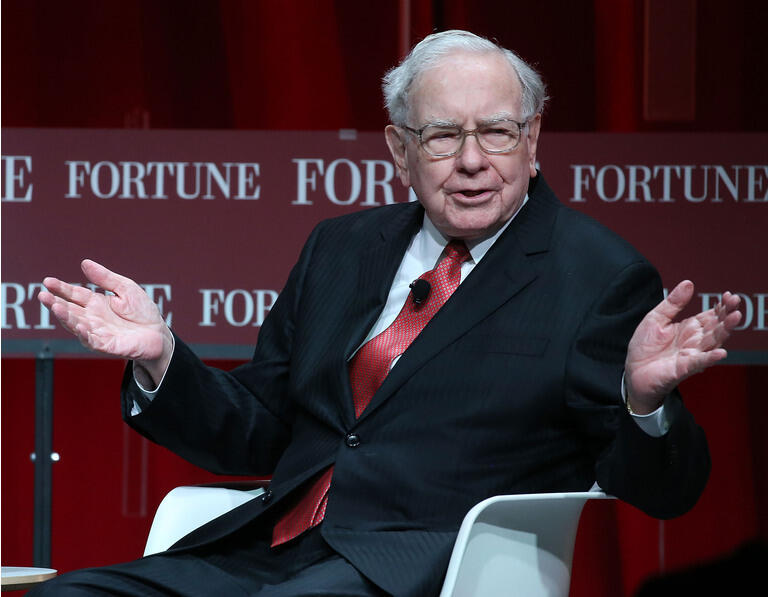 Berkshire Hathaway (BRK.A) (BRK.B) continues to swim in the money. Berkshire left the third quarter with $149 billion, down from $144 billion on June 30 despite repurchasing $7.6 billion of stock in the quarter.

Slowly but surely, these share buybacks are having a real impact.

In the fourth quarter, I expect another strong quarter from Berkshire’s operations as the equity portfolio continues to grow.

The value of Berkshire’s investments in non-Kraft Heinz (KHC) equity securities has risen 12.3% to $334.5 billion from $297.7 billion last quarter, most of which came from Apple (AAPL). Again. 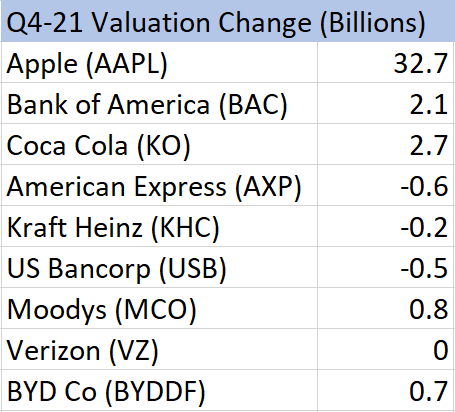 From the gain of $36.8 billion, after increasing the future tax liability on the balance sheet as “income taxes, primarily deferred” and subtracting 21%, we see a net book value gain of 29 billion for the fourth quarter. 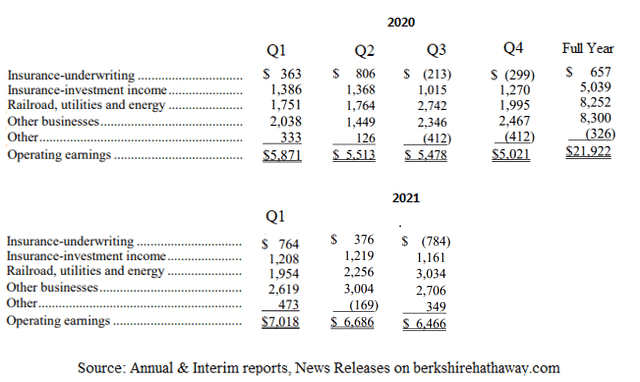 Fourth quarter operating results should again be strong, if almost boring in consistency.

Insurance underwriting should produce a small gain. The Atlantic hurricane season ended quietly, but lingering claims from Hurricanes Ida and Harvey could impact the fourth quarter, along with rising auto claims as more drivers get back on the road.

I will estimate a $300 million gain for this quarter.

Rail, Utilities and Energy should show gains over last year. Rail volumes at BNSF is flat or slightly down from last quarter but up 7% from last year. For BHE, the fourth quarter is a weaker seasonal period, but there is much more economic activity this fourth quarter than the last.

I estimate $2.5 billion in the income of this group.

Other companies containing dozens of companies like Precision Castparts, Lubrizol, Marmon and other industrial companies, should post year-over-year gains, although I expect supply chain disruptions and rising raw material prices are again affecting profitability this quarter. I expect many of these costs to be passed on to end customers next year.

I will estimate $2.7 billion income again from this group.

Other should produce a $500 million Gain as equity gains from Kraft Heinz and Pilot, along with the continued strength of the U.S. dollar, offset the usual expenses (mainly amortization of past acquisitions.)

Adding the $29 billion net gain from equity investments to $7.2 billion in operating profit, I project the Q4-21 book value to $508 billion. 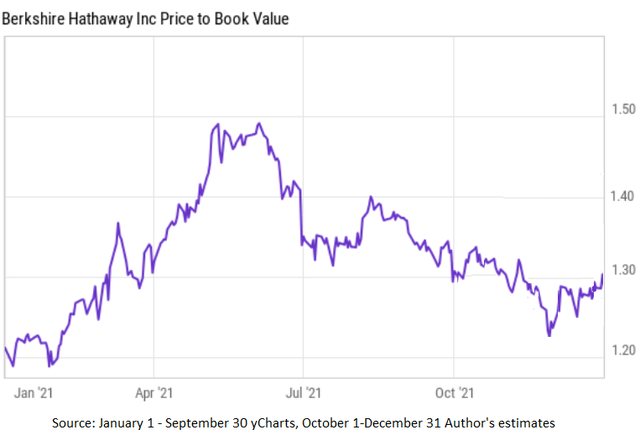 Berkshire’s market capitalization as of December 31 was $668 billion. Dividing that by $508 billion yields a price/book value of 1.31x for Q4.

Outlook and recommendations for 2022

Although I have opined on Berkshire’s valuation in this series, I have never made a prediction on Berkshire’s stock price relative to the broader S&P 500 Index. Until now. I believe Berkshire crushes the S&P 500 in 2022 and outperforms the index by 15% or more.

Why? Evaluation. Now that the Fed is tightening, I think this is the first year in a long time that valuation is back in focus. I expect, and am personally positioned for, a rotation from high tech multiples to lower tech multiples, and I think Berkshire is uniquely positioned to benefit from this.

While I’m not predicting a recession or anything drastic, I can absolutely see a scenario in which the S&P 500 ends the year flat, with value stocks appreciating 20% ​​and multiple tech stocks high decreasing by a similar amount.