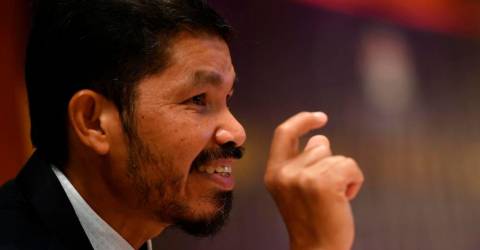 Chief Statistician Datuk Seri, Dr Mohd Uzir Mahidin, said the decrease in the current account surplus in the third quarter of 2021 was due to a higher deficit in the income accounts.

â€œThe primary income account recorded a higher deficit of Ringgit 11.3 billion compared to Ringgit 9.5 billion in the second quarter of 2021, mainly attributable to foreign companies in Malaysia which achieved a higher income of Ringgit 26.3 billion. of ringgit, an increase of 3.3% compared to the previous quarter. especially in direct investments.

“These companies were mainly involved in the manufacturing and financial sectors where the revenues were mainly directed to Singapore, the Netherlands and the United States (United States),” he said in a statement, today. .

â€œMost of these companies were located in Indonesia, the United States and Singapore, mainly active in the financial and mining sectors.

Mohd Uzir noted that Malaysia’s current account surplus was still largely supported by the rise in net exports of goods to RM41.2 billion from RM40.7 billion in the previous quarter.

â€œCompared to the second quarter of 2021, exports of goods declined at a slower pace than imports, which ultimately contributed to an increase in net exports in the third quarter of 2021.

He said that imports of goods also fell 3.9 percent quarter on quarter to 195.4 billion ringgit from the previous quarter due to a downward trend in imports of intermediate goods, equipment. and consumer, mainly from China and Japan.

Mohd Uzir said that in the third quarter of 2021, trade in services improved slightly after recording a growing deficit in the last seven consecutive quarters since the end of the quarter of 2019.

Services recorded a deficit of RM 15.2 billion from RM 15.4 billion in the previous quarter of 2021, partially offset by transportation, other business services and construction components, although travel remains in the negative trend by posting a higher deficit of 3.7 RM against a deficit of 3.6 billion ringgit in the second quarter of 2021 following the closure of borders for international tourist arrivals, he said.

Transportation showed a lower deficit of Ringgit 8.0 billion compared to Ringgit 8.1 billion in the previous quarter, mainly due to increased exports of freight business.

â€œA similar trend was seen in other business services with a smaller deficit of RM 1.1 billion, improved by 7.1 percent from the previous quarter, mainly in business consulting and corporate advisory activities. management.

â€œAt the same time, construction posted a surplus of RM 19.6 million compared to a deficit of RM 245.1 million in the second quarter of 2021 due to lower payments for existing projects in this country following the implementation of the movement control order from May 2021 to contain COVID-19. “said Mohd Uzir.

â€œThis was mainly attributed to direct investment inflows and other investments of Ringgit 17.6 billion and Ringgit 8.8 billion, respectively.

â€œThe manufacturing industry remains the main sector for foreign investment in Malaysia, followed by finance and wholesale and retail trade. The main sources of FDI were Singapore, the Netherlands and the United States.

“In the meantime, foreign direct investment (DIA) increased to net inflows of RM 4.7 billion from a net outflow of RM 4.0 billion in the second quarter of 2021 due to the reduction in the capital and loans received from abroad, “he said.

Mohd Uzir said the main sectors that contributed to the inflows were financial and mining with the top three inflows of DIA from Mauritius, Switzerland and Austria.