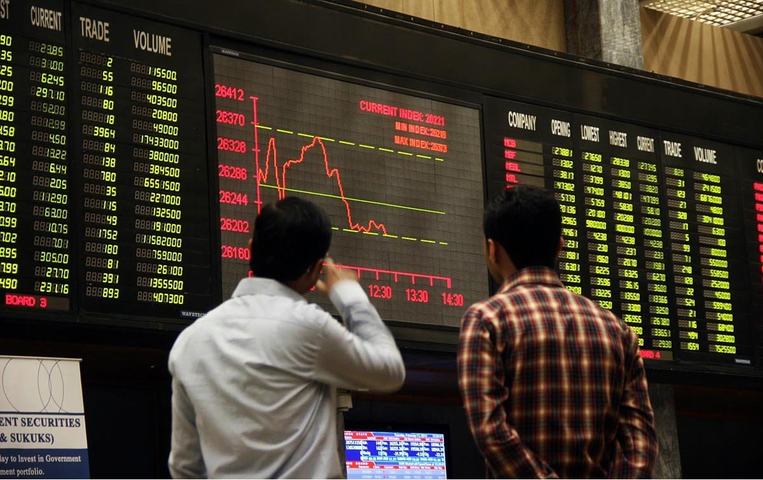 The KSE-100 reacted strongly to the current account deficit which reached nearly $ 1.5 billion in August 2021, ending the week down 284 points after a second withdrawal session on the Pakistan Stock Exchange (PSX) on Friday .

Market participants have been disappointed by the current account deficit figures which have also put pressure on the rupee in recent months. With the State Bank of Pakistan due to announce monetary policy on Monday, investors have chosen to account for their profits.

â€œThe KSE-100 has remained volatile lately due to the uncertainty surrounding the outlook for interest rates. However, we believe the market has already factored in an interest rate hike of around 25bp as indicated by KIBOR 3M which has risen 14bp over the past 10 days and further consolidation on the stock market, as such, a rise is unlikely to have negative connotations in the short term, â€AKD Securities said in its latest report.

â€œIn addition, the rise in interest rates is unlikely to have material implications for profitability on the stock market where most companies have already secured funding under subsidized agreements. Therefore, the direction of the market in the short term is likely to be influenced by the IMF review due to start at the end of September and the FATF meeting in October, â€AKD Securities added.

On the earnings front, Pakistan Petroleum Ltd (PPL) posted profit after tax (PAT) of Rs 14.3 billion with EPS of Rs 5.26 in 4QFY21. Along with the result, the company announced a final cash dividend of Rs 2.00 / share.

The volume of the all-stock index fell from 405.18 million on Thursday to 387.29 million on Friday. The value of traded shares also declined slightly during the session, amounting to Rs16.24 billion against Rs16.51 billion.

Shares of 525 companies were traded on Friday, of which 173 registered an increase, 327 registered a decline, while 25 remained unchanged.

WhatsApp Pay: Here’s How To Check Your Bank Account Balance