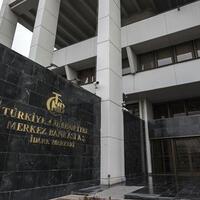 With the figures for July, the current account deficit reached its lowest in eleven months.

According to balance of payments figures released by the bank, the country’s 12-month rolling deficit stood at nearly $ 27.8 billion.

According to projections by a group of 17 economists who joined an Anadolu Agency survey last week, the July current account deficit is expected to reach $ 540 million.

The survey also predicted that the current account balance at the end of 2021 will have a deficit of $ 21.3 billion.

In June, the current account posted a deficit of $ 1.1 billion.

The bank said the decline was mainly due to a net inflow of nearly $ 2.95 billion in services, up $ 2.65 billion from July of the previous year.

The current account excluding gold and energy showed a surplus of $ 2.75 billion, which had been recorded as a surplus of $ 1.92 billion in the same month of the previous year, the bank noted.

Travel items under services recorded a net inflow of $ 2.1 billion in July.

The bank also said direct investment saw a net inflow of $ 1.03 billion during the month.

According to the country’s medium-term economic program, Turkey’s current account deficit-to-GDP ratio is expected to be 2.2% next year, narrowing further to 1.5% in 2023 and 1% in 2024.