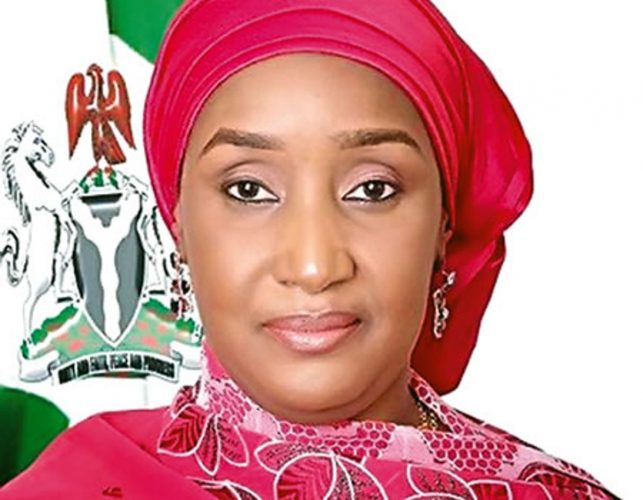 Nigerians with more than N5,000 account balances will not get palliatives, FG says

Nigerians who have more than N 5,000 in their bank accounts will not receive palliatives from the federal government to mitigate the effects of the current lockdown due to the coronavirus pandemic.

The Minister of Humanitarian Affairs and Disaster Management, Sadiya Farouq, revealed this during a conversation with correspondents at the State House in Abuja, as she spoke about the modalities put in place for the disbursements.

She said her ministry intends to focus on the urban poor as it implements President Muhammadu Buhari’s directive on the distribution of palliatives.

She said: â€œYou know that the president, on his Monday April 13 broadcast, ordered that we increase the conditional cash transfer recipients by one million and in that regard, we will now focus more on the poor of the people. cities.

â€œThese are people who depend on the informal sector for a living; these are day workers and these are the people we are really going to focus on, as well as people with disabilities.

She said the ministry was considering three ways to select program beneficiaries, saying, â€œWell, we have three options; one, we’re going to use the national social registry that we already have; Second, we are also going to focus on the urban poor as I mentioned using their Verified BVN accounts to get them i.e. people with account balance of 5 or less. 000 N.

â€œWe also use mobile networks to find out who is reloading credit units for their phones with maybe N100 or less. They are also people whom we consider to be poor and vulnerable. So these are the three options that we are exploring and I am sure that by the time we have this data, we will be able to give this intervention. “

According to her, only 25 percent of the population will benefit from it for now, although the scope may be extended later.

She added, â€œLet me also say that we have a standard. 25 percent of the total population is what we’re going to take away. It can’t turn out, but we start from somewhere. About 25 percent of let’s say the location in Lagos State for example is what’s going to benefit from this intervention we’re doing. In the future, we might expand it, but that’s what’s available at the moment.

YOU MUST NOT MISS THESE NIGERIAN TRIBUNE TITLES

No Peace In Nigeria Until Return To 1960 Constitution, 2014 Confab Report – Adebanjo â€¢ Attacks Buhari, Tinubu for pretending to support federalism, restructuring
Afenifere chief Pa Ayo Adebanjo said on Thursday that there would be no real peace in Nigeria until he reverted to the 1960 constitution. He also renewed his calls for restructuring and to federalism as essential factors for the nation to be … Read the full story

Representatives, executive and other stakeholders establish joint committee on providing free electricity to Nigerians
The House of Representatives and electricity sector stakeholders decided on Thursday to set up a joint implementation committee on the proposed two-month free electricity supply for poor and vulnerable Nigerians as part of the plan. stimulus aimed at mitigating the effects of the COVID-19 pandemic … Read the full story